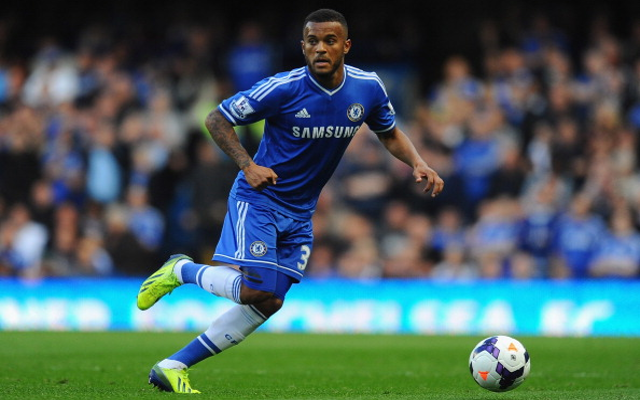 Englishman has made just the one Premier League appearance for the Blues all season long.

Chelsea left-back Ryan Bertrand has not ruled out the possibility of joining Aston Villa on a permanent basis when his six-month loan deal at Villa Park comes to an end at the climax to this season, according to reports in the London Evening Standard.

The England international moved to the Midlands giants earlier this month on a short-term deal after growing frustrated with his lack of first-team opportunities at Stamford Bridge, especially in this campaign under returning Blues head coach Jose Mourinho.

Bertrand thought that he would be first-choice left-back Ashley Cole’s understudy at the west London club, however, despite the England veteran having been left out of the Blues’ starting lineup on a number of occasions earlier on in the season, Mou instead opted to utilise Cesar Azpilicueta in his place.

And now the 24-year-old says that he could opt to extend his stay at Villa into next season.

“I’m just here to concentrate on each game as it comes and to get back playing regularly,” Bertrand said.

“I’ll leave all that stuff until the end of the season.

“You can’t rule anything out. It’s important, first and foremost, that my performances are good enough. I need to concentrate on each game.

“I’ve settled in quite easily. It’s fortunate, to be fair, because I know half the team through England at younger ages. It has been good. It’s great to be involved in a derby for my first home game.”