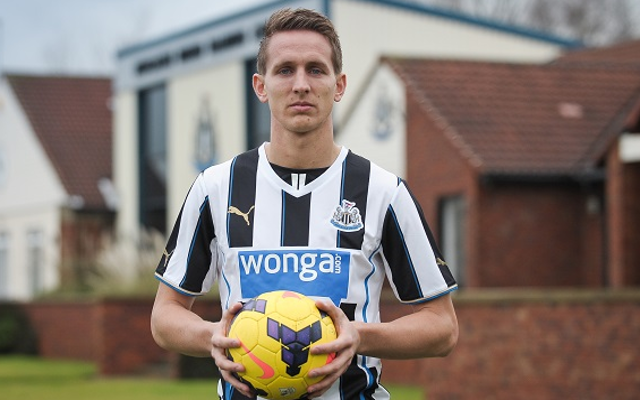 Check in to Newcastle United vs Sunderland

Alan Pardew has brought in the Dutch international to boost an attack that relies too heavily on loaned in QPR man Loic Remy and the Magpies have the option of making the temporary signing of De Jong a permanent one in the summer.

The former FC Twente man had an average first season in the Bundesliga but hasn’t made a single start for the club this term and is desperate for the regular first team football that could help secure a spot in Louis Van Gaal’s 2014 World Cup finals squad.

Luuk De Jong won an Eredivisie title with FC Twente, netting 39 goals in 76 appearances, before moving to Germany in July 2012 in a £12m switch.