Stamford Bridge side hope that having sold Juan Mata to Old Trafford that David Moyes could be open to reciprocating the gesture.

Chelsea boss Jose Mourinho has set his sights on Man United striker Javier Hernandez and will hope that his side’s willingness to sell playmaker to a Premier League rival will aid their push to bring in the Mexican bit-part player.

CaughtOffside understands that Mourinho is keen to strengthen his attack this month and wants to sign the Mexican international before the transfer window slams shut, a move that he hopes David Moyes will allow given that the 25 year old forward doesn’t appear to be a crucial part of his first team set-up.

Chicharito has a good strike rate when called upon but is currently behind Wayne Rooney, Robin Van Persie and Danny Welbeck in the Man United attacking pecking order, with Hernandez starting just four Premier League fixtures this season and was subbed on three of those occasions. 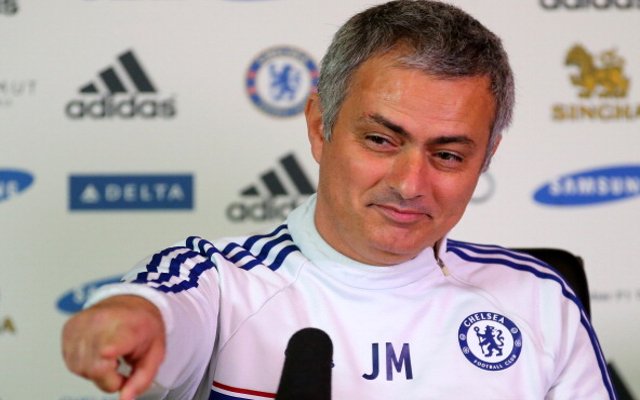 Mourinho has not been impressed with the form displayed by his current striking options with Fernando Torres and Demba Ba having managed just five goals between them in a combined 25 Premier League appearances, and whilst Samuel Eto’o did net a hat-trick against Chelsea he is clearly not a long term option and has on the whole proved something of a disappointment since moving to Stamford Bridge last summer.

Hernandez would jump at the chance of a move to Chelsea, where he would stand a better chance of securing the regular first team football he needs ahead of the 2014 World Cup finals but also in order to help re-ignite a career that is certainly flagging at Man United.

Sir Alex Ferguson signed Hernandez in July 2011 and now into his fourth season at the club there must be a growing sense that he will never be a regular at Man United, indeed his chances have become more limited over the course of his time at the Premier League club.

Despite a lack of playing time Hernandez has still managed to score 57 goals for Man United in 140 appearances of which 59 were from the bench.