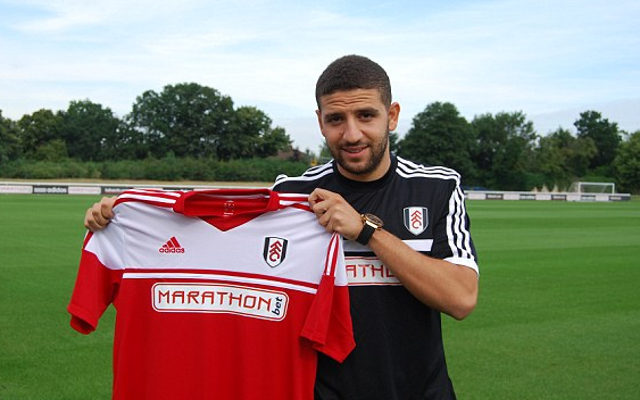 Cottagers looking to bring Milan stopper on board.

Fulham are reportedly in talks with Serie A giants AC Milan over a swap deal that would see midfield playmaker Adel Taarabt head to Italy with defender Crisitan Zaccardo go the opposite way, according to the Metro.

The Moroccan international is only with Fulham on loan this term from west London neighbours Queens Park Rangers, and would be Milan’s third signing of the January transfer window behind Japanese international Keisuke Honda and Adil Rami, who arrived from Valencia.

And in what seems like a highly complicated deal, Fulham would relinquish their rights to the former Spurs trainee, with QPR receding his rights before packing him off to northern Italy and they would even get Zaccardo as part of the deal.

The 32-year-old only joined the Milanese club last year from fellow Serie A side Parma, but has been used sparingly this term, making just eight appearances across all competitions, and he apparently is not a part of new boss Clarence Seedorf’s plans for the second half of the campaign.

Taarabt has not featured much more for Fulham either, making only 16 appearances since joining the club.