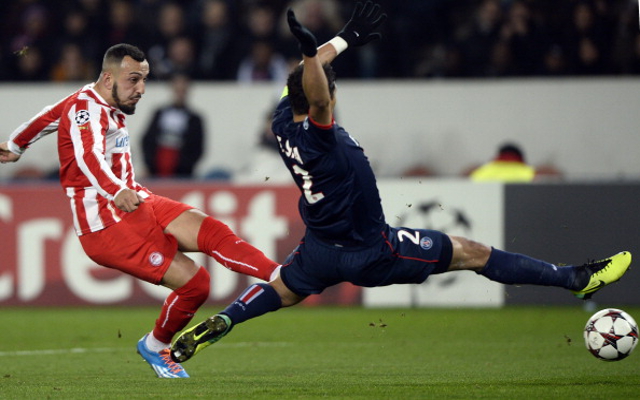 Craven Cottage side close in on Olympiakos striker.

Fulham are reportedly set to sign Olympiakos Kostas Mitroglou according to Goal.com.

Craven Cottage boss Rene Meulensteen is clearly keen to bring in a fresh striking option as he looks to pull his West London side clear of the drop zone having managed just 22 goals in 23 Premier League fixtures.

Mitroglou may well be the man for the job and one imagines an offer of this magnitude would be accepted by his Athens employers though the player himself may have ideas of playing at a higher level Premier League club and his goal return at Olympiakos suggests he would do a good job for a top ten side.

The 25 year old Greek international is however ready to sign a lucrative four year contract with the Premier League strugglers.

Mitroglou has netted 17 goals in 19 appearances in all competitions this season and could well be the first of a few last ditch signings Fulham look to make this week.

Meulensteen is set to launch a fresh bid for West Ham youngster Ravel Morrison and have made a move for Swansea left-back Neil Taylor.