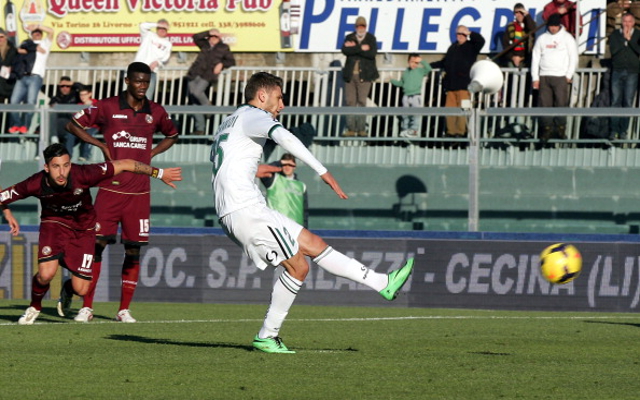 Wonderkid is being tracked by a plethora of top-flight clubs at the moment.

Mega-rich Premier League giants Manchester City are the latest club to have expressed an interest in signing young Italian front man Domenico Berardi, according to reports in the Daily Mirror.

The 19-year-old shot to prominence back in Serie A after managing to hit the back of the net on a remarkable four occasions in a recent league encounter with big boys AC Milan.

As a result, it is understood that Tottenham Hotspur were the first club to express an interest in the Sassuolo attacker, although the north London club are now not the only top-flight side to be interested in signing the Italian youngster in this month’s transfer window, with the likes of Manchester United and Chelsea having also been heavily linked with the starlet.

And now it appears as though those trio of Premier League clubs will have to fight it out with big-spending City in the race to try and lure Berardi to the Premier League before the winter window closes for the season at midnight on Friday.

However, the one major sticking point to a successful deal being struck for the marksman remains the fact that he is part owned by Serie A champions Juventus.