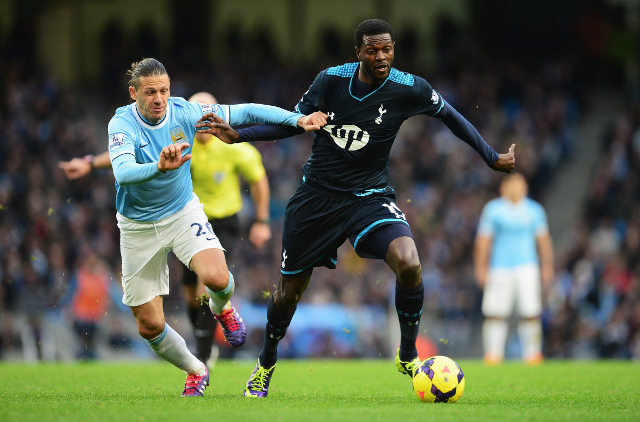 Live streaming for the Premier League clash between Spurs and the north-west outfit.

Check in to Tottenham vs Man City

There is a huge incentive for both these sides to take all three points in front of the live TV cameras at White Hart Lane on Wednesday night.

For the north London club, a win would keep them hot on the heels of fourth-placed Liverpool in the race for the final Uefa Champions League qualifying berth for next season, with the Reds currently just three points ahead of Spurs, albeit having played a game more than their rivals.

Meanwhile, for Manuel Pellegrini’s high-flying outfit, victory would see them overtake long-time leaders Arsenal after the Gunners slipped up at Southampton on Tuesday night by dropping two points in a 2-2 draw.

Both sides come into the eagerly anticipated fixture on good runs of form, although they both have a number of injury problems to also contend with.

For the home side, they will be without the likes of key men Andros Townsend, Erik Lamela, Jan Vertonghen, Younes Kaboul and Sandro.

For the visitors, though, they are set to be missing Samir Nasri, James Milner and Javi Garcia, although the north-west outfit are grateful to see influential Spain international playmaker David Silva return following a recent layoff with a hamstring problem.

And we should be in store for plenty of goals in north London if the  last time that the two sides met in the Premier League is anything to go by, with City thrashing Spurs 6-0 at Eastlands last year.