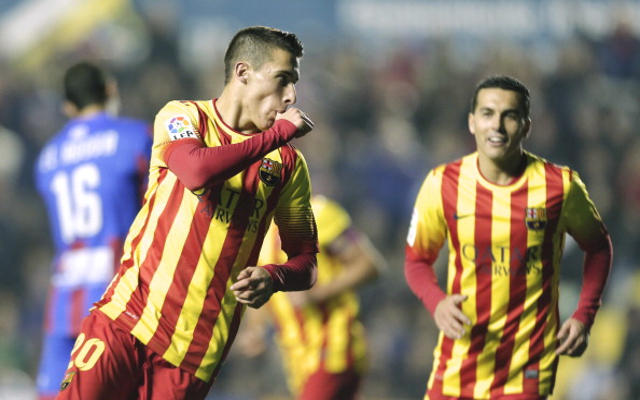 Gunners want wide man to help cover for injuries in the title run-in.

Premier League giants Arsenal have made an inquiry about the availability of FC Barcelona youngster Cristian Tello, according to reports in the Daily Mirror.

The north London club have made the purchase of highly rated Schalke 04 midfielder Julian Draxler their absolute number one priority of the January transfer window.

And as such, the Gunners have sent chief negotiator Dick Law to Germany in order to negotiate a deal for the young Germany international ahead of the closing of the winter window on Friday night.

However, it is understood that Arsenal have also made back-up plans in case their long-running pursuit of the German fails, with the La Liga champions’ coveted forward said to be the next name on head coach Arsene Wenger’s wish list this month.

The skilful Spain international has been at Camp Nou for his whole career to date, being taught his football at the Catalans’ fabled La Masia academy.

But the Spaniard, like so many other youngsters before him at Barca, has also struggled to win a regular starting berth in the club’s forward line. so much son that is is believed that Tello is now seriously considering his future at Barcelona.