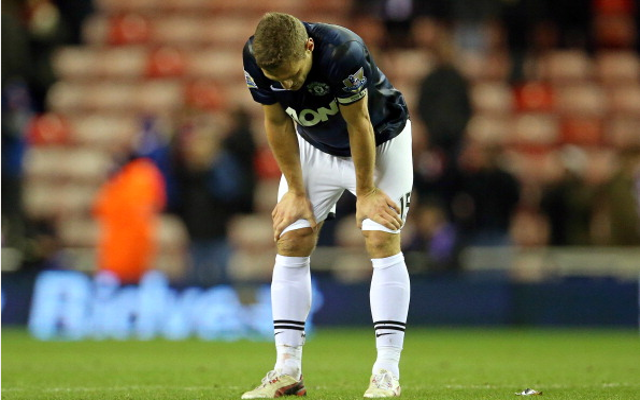 Serb wants a new long-term deal at Old Trafford, while the champions are only prepared to offer him a one-year rolling contract.

The experienced, but injury-ravaged, centre back’s current contract with the Premier League champions now only runs until June 30 2014, and so the player would be available on a lucrative Bosman-style free transfer come the summer.

However, the Turkish giants are now hoping that by offering the Red Devils a cut-price fee for Vidic before the winter window closes on Friday, they may be able to tempt United head coach David Moyes and the club to part company early with the 32-year-old.

Gala boss Roberto Mancini knows the player well of course from his time coaching United’s city rivals, with the Italian understood to be a huge fan of Vidic’s rugged and no-nonsense style of defending.

But whether United would be willing to sanction the key central defender’s early departure from the Theatre of Dreams, even though the defender is still expected to leave the club at the end of the season, is very much a matter for debate.