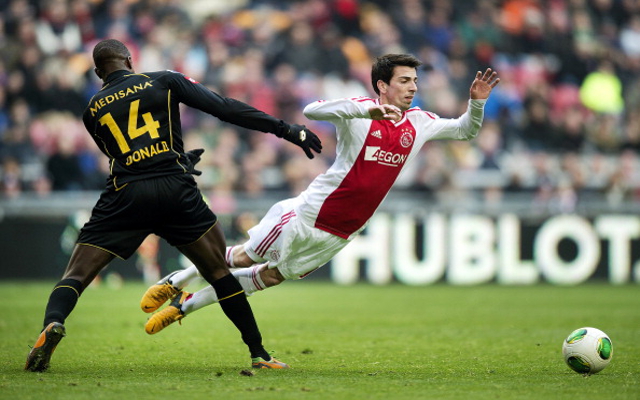 Both Liverpool and Arsenal have been put on alert after it emerged that FC Barcelona wide man Isaac Cuenca could be allowed to leave the La Liga champions in the January transfer window, according to reports on talkSPORT.co.uk.

The former Spain Under-23 international only returned to Camp Nou at the end of the previous campaign after being shipped out on a six-month loan deal to Eredivisie champions Ajax.

However, the 22-year-old then picked up a serious knee injury at the Amsterdam ArenA in March which cut short his spell in the Dutch capital, with Cuenca having since returned to Catalunya in order to recover from the problem.

But with the winger having not featured at all for the Catalan giants so far this season under new Barca head coach Tata Martino, and with Cuenca’s current deal with the Spanish outfit set to run out in June 2015, it is understood that the club would be willing to listen to offers for the player in this month’s window.

“He is training,” Martino said. “We will see if he stays here or gets the chance to play elsewhere.”