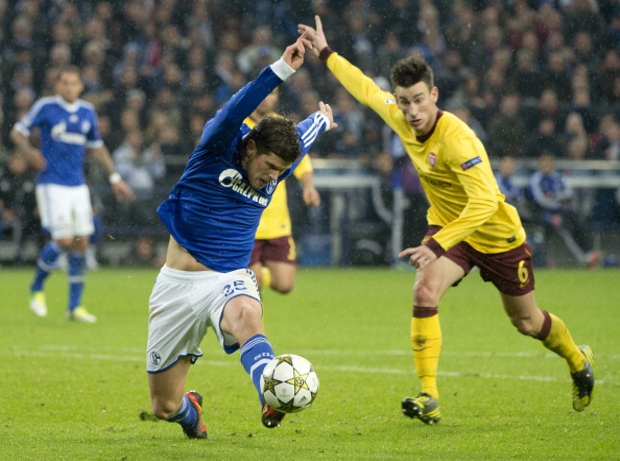 Dutchman has a contract at Schalke until 2015.

Highly rated Schalke 04 front man Klaas-Jan Huntelaar has opened the door to a possible move to the Premier League at the end of the season after admitting: “Of course I think about playing in England now and again,” according to reports in the Daily Mirror.

The prolific Netherlands international, who only returned from injury for his Bundesliga club on the weekend, with the striker even finding the back of the net against Hamburg, has been heavily linked with a move to Arsenal in the past.

In fact, this time last year Huntelaar appeared on the verge of joining the north London club, only to then extend his stay with Schalke instead until June 2015.

However, that deal is believed to contain a buyout clause in it which allows the Dutchman to leave this summer, with the 30-year-old himself admitting in Bild: “Of course I think about playing in England now and again, but right now my focus is on Schalke and the second half of the season.

“I still have a year and a half on my contract and I think a decision over my future will be made half a year before that expires.