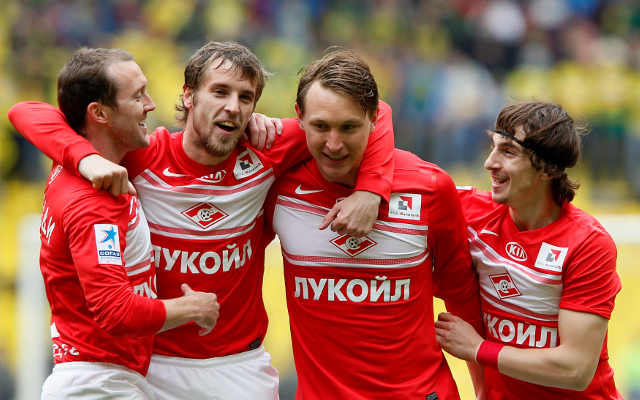 Recent injuries to Aaron Ramsey, Theo Walcott and Jack Wilsher has pushed the Gunners into the market.

Arsenal manager Arsene Wenger has decided to turn his attentions towards Spartak Moscow midfielder Kim Kallstrom after finally giving up on trying to sign long-term target Julian Draxler from Schalke 04 this month, according to reports in the Daily Mail.

The north London club had been hoping to be able to finally tie up a big-money move for the coveted Germany international ahead of the closing of the transfer window at 11pm on Friday night.

However, with the Bundesliga outfit still refusing to allow their starlet to leave for a fee of anything less than
£33m, Wenger has now finally decided to give up the chase for Draxler, and instead switch his focus elsewhere, with the Frenchman understood to have a number of other targets to fall back on.

And at the top of Wenger’s wish list is understood to be the surprise name of Spartak’s experienced Sweden international, with the 31-year-old having played for six years for Ligue 1 giants Olympique Lyonnais, before moving to the Russian capital in July 2012 for a fee of 3m euros.

Kallstrom has been capped on 108 occasions by his country in a 13-year international career to date and is expected to cost the Gunners just a small fee to purchase, with the midfielder’s contract with Spartak running until June 2015.