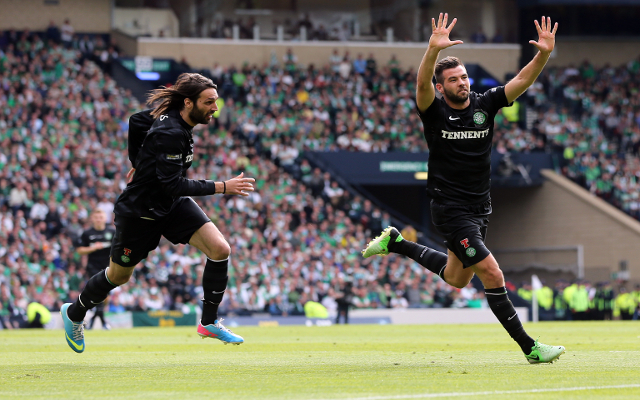 Selhurst Park side set to welcome in Parkhead star.

Check in to Cardiff City vs Norwich City

Crystal Palace have reportedly agreed a £700k deal with Celtic for Welsh midfielder Joe Ledley according to the Daily Mail.

The 27 year old former Cardiff City man is due to see his Parkhead contract come to an end in the summer and Neil Lennon may therefore have been keen to garner a sum for the first team regular this month as opposed to seeing him leave on a free transfer in the summer.

The addition of such an experienced and capable wide midfielder will greatly aid Tony Pulis’s push to keep the Eagles clear of the drop zone.

Ledley has made 157 appearances for Celtic since his move to Glasgow back in July 2010 and prior to his spell in Scotland he made 256 appearances for Cardiff City and has scored a total of 60 goals for the two clubs, proving himself a very effective performer in the final third.

Celtic may also lose Georgios Samaras on deadline day as the Greek steadfastly refuses to sign a new deal and Lennon has already identified Wolves hot-shot Leigh Griffiths as a potential replacement, with the Scottish Premiership side having already failed with two bids for the former Hibernian man.