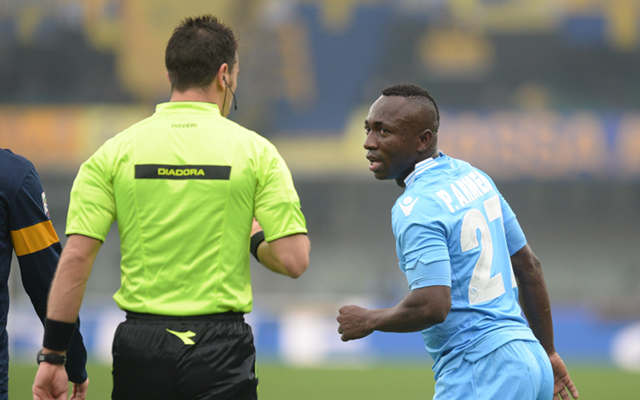 Check in to West Ham United vs Swansea City

West Ham United boss Sam Allardyce has given his side a shot in the arm by landing the signature of Napoli full-back Pablo Armero on loan for the remainder of the season, Sky Sports reports.

The Hammers have already added several new faces to their squad during the January transfer window even after Allardyce admitted that he would not be conducting any new business before the window closes at 11pm on Friday.

However, he was forced to change his mind after losing defender Joey O’Brien for the rest of the campaign when he dislocated his shoulder earlier in the week.

And the under pressure manager sought to ship out one full-back for another, moving quickly to sign the 27-year-old down to a short term deal at Upton Park.

Armero has made 19 appearances for Napoli across all competitions already this term, but has failed to find the net once, and he will go straight into the West Ham side to face Swansea this weekend.

The Colombian international joined the Neapolitan side from fellow Serie A side Udinese in 2013 and has swapped a side sitting third in the Italian top flight for a side languishing in 18th.