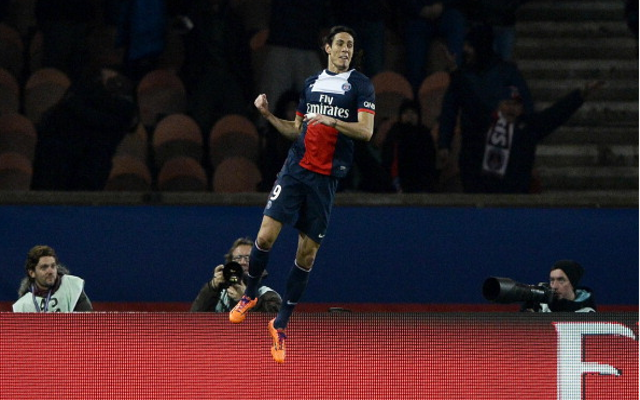 CaughtOffside understands that Blues boss Jose Mourinho has been given the go ahead to mount a stunning £60m bid for the 26 year old Uruguayan, who is said to be unsettled at the Parc des Princes side.

Mourinho is urgently looking to bring in a fresh striking option after seeing his current crop of forwards all fail to net regularly enough and Chelsea’s inability to breakdown a stubborn West Ham defence earlier this week has led the Portuguese manager to mount a late move to resolve the situation.

Though Chelsea have spent over £30m to bring in Nemanja Matic and Mohamed Salah from Benfica and FC Basel respectively the West London side have managed to bank over £50m from the sales of Kevin de Bruyne and Juan Mata to Wolfsburg and Man United and also offloaded Michael Essien to AC Milan, a move that wipes off one of the club’s big earners from their balance sheet.

Therefore Chelsea owner Roman Abramovich is willing to fund a major bid for Cavani in the hope that such an addition will greatly aid the club’s push for major honours this season.

Cavani is understood to be very interested in a potential move to Chelsea and the fact that his strike-partner at PSG, Zlatan Ibrahimovic, has netted 17 goals in 21 Ligue 1 fixtures would suggest that perhaps Laurent Blanc can afford to allow the former Napoli man to leave the club. 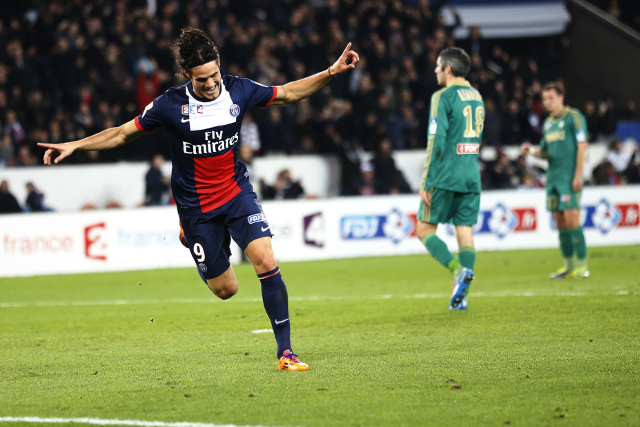 Blanc would be loathed to lose Cavani but the chance to make an immediate profit on a player PSG paid £53m for back last July could be considered if the player himself pushes for an exit.

Such funds could then be used to perhaps improve areas Blanc may feel in more urgent need of attention as well as to offset the massive transfer costs the French capital side have incurred in the past two transfer windows.

PSG have spent over €279m on new players since the summer of 2012 with less than €25m made from player sales in return and as such an offer for Cavani can not be entirely ignored.

Cavani has netted an impressive 20 goals in 29 appearances in all competitions and though he wouldn’t be available for Champions League action Mourinho is keen to bring in the powerful forward to boost his side’s Premier League title push and to fill the void as spearhead of the Chelsea attack for many years to come.