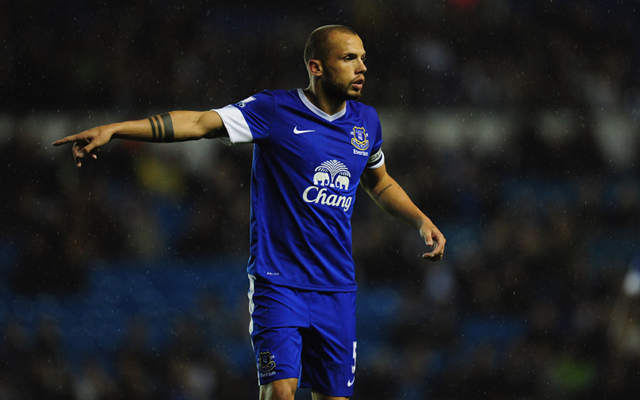 Cottagers will pay just a nominal fee for the central defender.

Relegation threatened Fulham are set to sign out-of-favour Everton defender John Heitinga on loan until the end of the season, according to reports in the Daily Mail.

The experienced Netherlands international, who has lost his place at the heart of the Merseysiders back four in this campaign under new Toffees boss Roberto Martinez, had appeared set to join Turkish champions Galatasaray at the start of the week.

However, despite flying to Istanbul for talks with the Turkish giants and their manager Roberto Mancini, the move never took place, leaving Heitinga in limbo.

And with the 30-year-old desperate to join a club offering him the chance of first-team football ahead of this summer’s World Cup in Brazil, Cottagers coach Rene Meulensteen has now stepped in to swoop for the Dutchman.