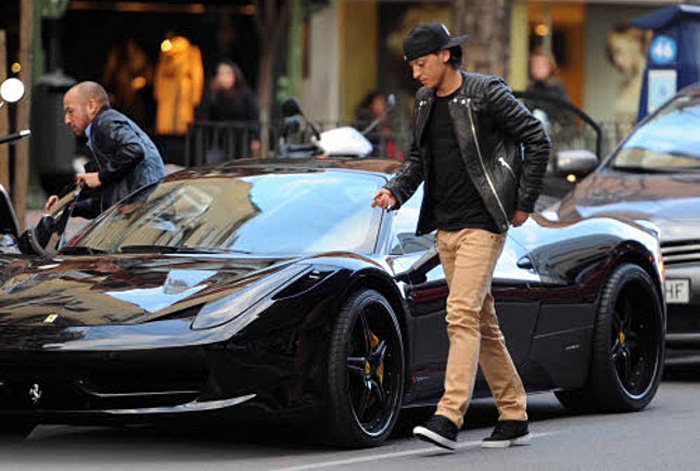 Brilliant Arsenal playmaker Mesut Ozil has been relaxing amid the frenzy of transfer deadline day by making a visit to his local kebab shop in north London, according to reports in the Daily Mail.

The silky smooth Germany international was the main talking point from the previous transfer deadline day back in September, when the 25-year-old stunned the world of football by opting to quit La Liga giants Real Madrid in order to join the north Londoners in a club-record deal worth a staggering £42.5m.

And since arriving at the Emirates Ozil has more than lived up to that hefty price tag, with the midfielder having so far managed to register an impressive five goals and 13 assists in total in his 27 matches in all competitions for his new team, including an equally eye-catching four strikes and nine assists in 18 Premier League contests.

However, the German clearly still loves his home comforts, judging by his latest visit to his local kebab takeaway!