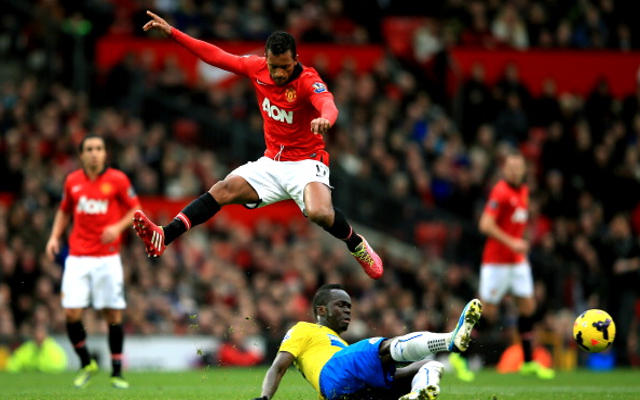 Italians are only prepared to pay £4m for the flyer.

Premier League champions Manchester United appear to have priced out-of-favour wide man Luis Nani out of a move away from Old Trafford at the end of this season, according to reports in the Daily Mail.

The mercurial Portugal international only agreed to put pen to paper on a new long-term deal with the Red Devils at the beginning of the season that runs until June 30 2018.

However, Nani has not been seen in a United shirt since starting the club’s disastrous 1-0 defeat to Newcastle United in the Premier League at the Theatre of Dreams on Dec 7, with new head coach David Moyes believed to have now lost all patience with the 27-year-old.

United had hoped that either Serie A champions Juventus or Inter Milan would take the winger off their hands at the climax to this campaign, with the Premier League giants demanding a fee of £12m for a player that previous United boss Sir Alex Ferguson shelled out 25.5m euros on from Sporting Lisbon in June 2007.

But it now appears as though the Italian duo are only willing to pay as much as £4m for Nani, meaning that United will now have to look elsewhere for a buyer for the Portuguese this summer.