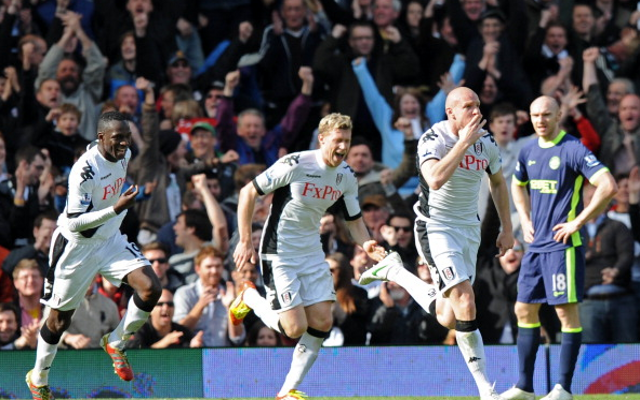 The Swiss international was in the final year of his deal at Craven Cottage and there were no talks scheduled to offer him new terms, news that had apparently piqued the interest of Italian giants Lazio.

However, the former Arsenal man has sought to snub the interest from Italy to link up with the La Liga side instead with just a few hours of the transfer window left open.

Senderos joined Fulham from the Gunners in 2010 and went on to make a total of 68 appearances for the west Londoners before opting to head back overseas.

The 28-year-old has also previously spent time on loan with both Everton and AC Milan, and though he is a seasoned international regular with 50 caps to his name he is still yet to truly establish himself as a first choice centre-back at club level.

He is now the club’s second transfer window signing in as many days after Napoli forward Eduardo Vargas joined on loan until the end of the season.