Manchester United boss David Moyes hasn’t had an easy time of it since taking over at Old Trafford over the summer and has even set a number of unwanted records.

After the side’s eighth defeat of the season to Stoke, the club can effectively wave goodbye to their chances of retaining the Premier League title and are even putting their Champions League credentials in serious danger.

And the good folks over at Sky Sports have put together the interesting picture below of just how badly the club have been getting on under the former Everton man. 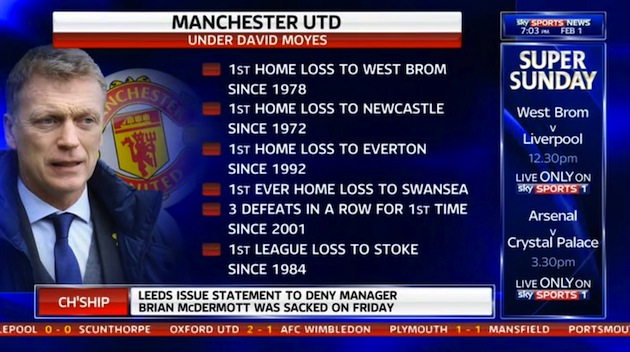