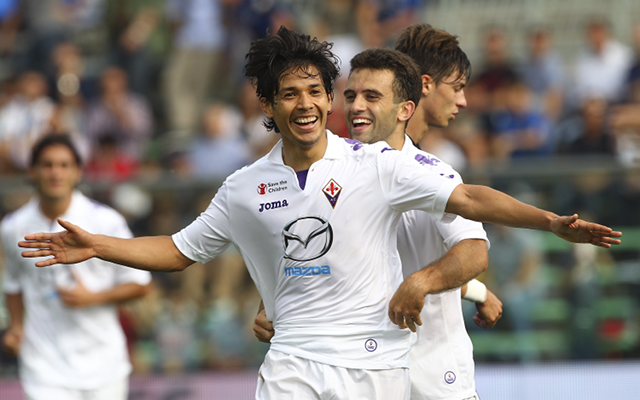 Moyes eyes one out one in at Old Trafford.

Manchester United manager David Moyes has identified the man to replace one of his own misfiring midfielders in the shape of Fiorentina star Matias Fernandez.

CaughtOffside understands that Moyes sent scouts to keep an eye on the Chilean international and even took a closer look at him when the South Americans took on England at Wembley last year to run the rule over a move for his services at some point in the near future.

Moyes is said to be looking for a replacement for the misfiring Tom Cleverley, who has failed to impress after being given ample opportunity to make a name for himself under the new boss.

The 24-year-old has made 19 appearances across all competitions for the defending champions this term, but has continued to come under increasing scrutiny for his lacklustre displays and he has since been earmarked as one of the names that could be let go in the proposed fire sale set to go ahead at the end of the season.

The manager has even quietly put out the word that the England man will be available for the right price, but so far nobody has been willing to hear him out.

Meanwhile, Moyes wants to add some serious quality to his midfield in the summer, and though he has several big name targets in mind he also wants to bring in better players than what he has now, and has targeted Fernandez as the man to improve the side without breaking the bank.

The Chilean midfielder began his career with Colo Colo before heading over to Spain with Villarreal. After three years there he switched to Sporting Lisbon before joining up with Fiorentina in the summer of 2012.

He has so far made 25 appearances for the Tuscan side this season, bagging himself two goals and four assists in the process. He still has two years left to run on his contract with La Viola, and is valued at a modest £4.5m, though United may need to add another £1.5 onto that fee in order to buy him out of his contract.

Already established at international level, he has 14 goals in 59 appearances to his name already and will likely be a part of Chile’s World Cup party that will take on Spain, Holland and Australia.