Forgot the Police’s number? Just look at the league table.The Ryman Isthmian Football League is usually a rather unremarkable division, there are no sleeping giants, no undiscovered superstars and no veterans wringing out the dregs of their career in the nether regions of the country.

However, it is hope to an amusing little statistic.

The Metropolitan Police, who currently occupy 13th place in the table, have played 27 games so far and have won exactly nine, drawn nine, and lost nine.

Met spokesman Graham Wetton said: “I am not sure how our players have managed it but strangely our league record to date is ’999?. If we play tomorrow then obviously it will change!” 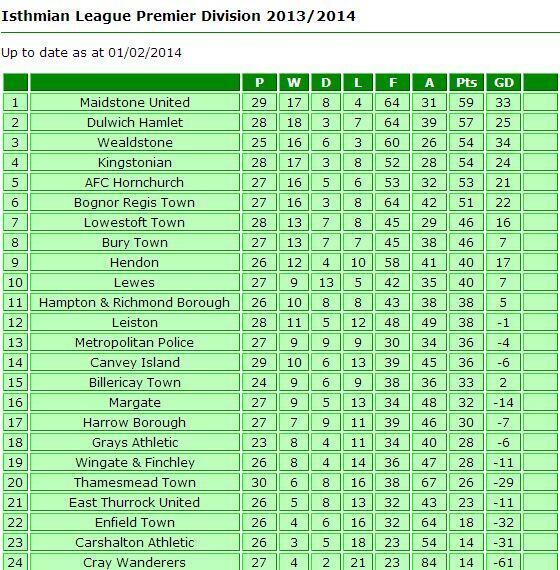