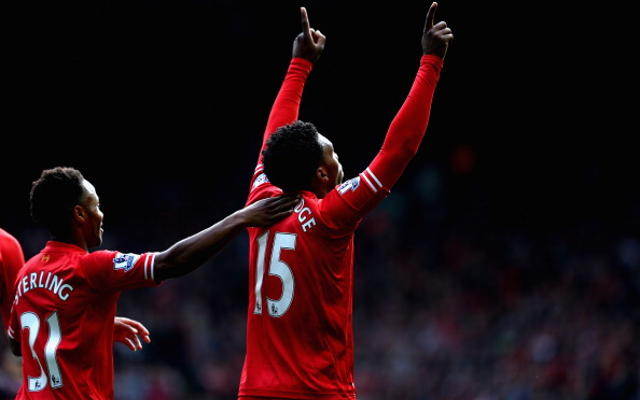 Englishman netted just 13 times in the league in his four years at the Blues.

In-form Liverpool front man Daniel Sturridge has blamed his former club Chelsea for not playing him as a striker during his time at Stamford Bridge as the reason why he did not produce the same eye-catching form in front of goal for the Blues as he is currently displaying at Anfield, according to reports in the Daily Star.

The England international is on fire for the Merseyside giants at present so far in this campaign, with Sturridge having managed to register an impressive 17 goals and three assists in total in his 19 matches in all competitions for the Reds.

However, that is is in stark contrast to the travails the forward endured during his four years in west London, with Sturridge explaining:  “I was never sure if I’d play as a striker (at Chelsea) because people didn’t believe in me.

“I was often asked to play in a different position and to do a job for the team.

“But, having been a striker and then being asked to just flick a switch and play on the wing was always going to be difficult.

“I think that now I’m just playing the way that I did as a kid but I’d never had the chance to do that.”