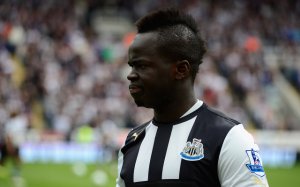 Unsettled AC Milan front man Mario Balotelli’s much-publicised move to Arsenal could now take place at the end of the season after it emerged that the Italian’s boot sponsor has now won the contract to make the north London club’s kit as of next season, with the firm said to be willing to subsidise the £40m transfer.

Serie A champions Juventus still want to land out-of-favour Manchester United wide man, with the Old Lady of Italian Football set to compete with rivals AC Milan and Inter Milan for the Portugal international this summer.

Liverpool made a move to land former Blackpool winger Tom Ince in the January transfer window according to the England Under-21 international’s father Paul, only for the player to instead decide to move to Crystal Palace.