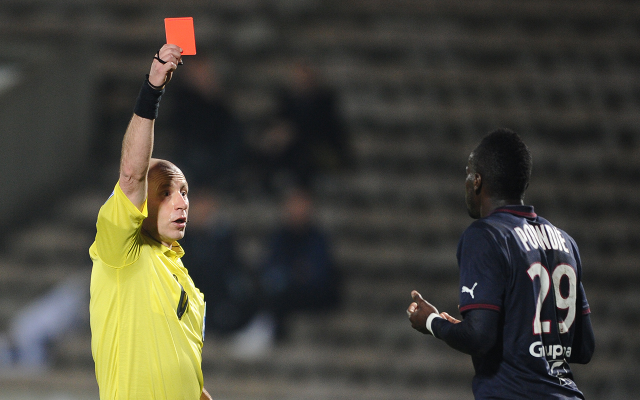 We wouldn’t want to line up against this kid!A player in a youth match in Portugal showed that he is in line for many, many early baths in his career this weekend as he brutally attacks two opponents.

After lashing out at one player he earns himself a red card and then amazing kicks the same player whilst he’s lying on the floor.

When one of the injured player’s teammates confronts him he tries to punch him in the face too.