Check in to AC Milan vs Bologna

AC Milan striker Mario Balotelli showed off his emotional side on Saturday after being caught having a little cry on the bench during the second half.

The former Man City man was hauled off midway through the second half and then proceeded to have a mini breakdown at the decision. 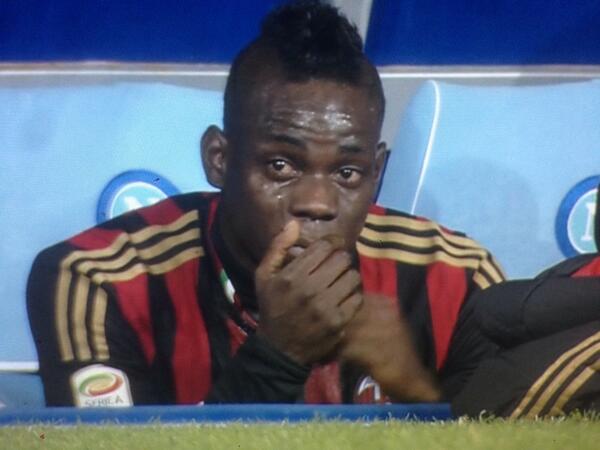