Man United boss David Moyes will look to bring in full-backs Seamus Coleman and Luke Shaw as part of his Old Trafford shake-up this summer according to the Daily Star.

Read more Manchester United transfer news.
Moyes is keen to freshen up his back-line and with the likes of Nemanja Vidic, Patrice Evra and Rio Ferdinand all being out of contract in the summer this is probably the right time for the Scot to be identifying replacements.

The former Everton boss will look to lure his former Goodison Park charge Coleman, who has been in marvelous form this term, though will certainly find it hard to persuade the Toffees to sell the Republic of Ireland international.

The £20m rated right-back only cost Everton £60k when he joined from Sligo Rovers and is a player Moyes knows well and is seen by the Man United manager as a far superior option than his current selection of potential right-sided defenders, coming in the shape of Brazilian Rafael and England man Chris Smalling. 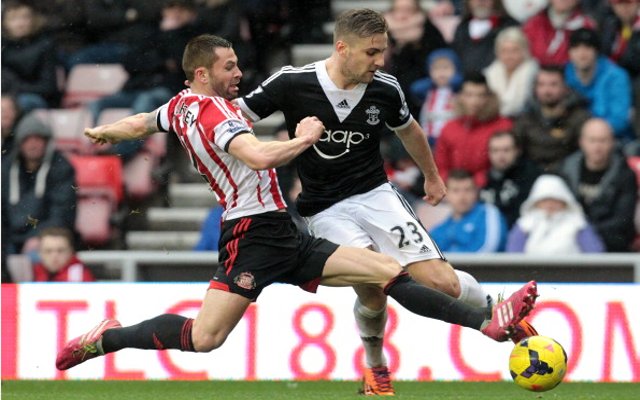 Moyes wants Southampton left-back Shaw to replace Evra though will have to fight Jose Mourinho for the teenager, with the Saints man said to be valued at a whopping £25m.

The Southampton left-back, 18, is a Chelsea fan and the Londoners were seen as favourites to sign him for £25m.

Man United will hope to have secured a top four finish this season in order to better tempt any prospective targets and either way one imagines Moyes will be backed with a big transfer war-chest as he seeks to put his stamp on the ageing squad he inherited from Sir Alex Ferguson.