Emirates Stadium side look to bring in German international at the end of the current campaign.

CaughtOffside understands that Schalke are resigned to losing 20 year old German international Draxler and are looking to secure the best deal possible for their prized asset and the offer of a player plus cash deal is said to be one they prefer over any move to trigger the player’s release clause, which is said to stand at £37m.

Wenger is ready to offer striker Lukas Podolski plus as much as £25m in exchange for Draxler, a player the Gunners boss sees as a being an individual he can build his midfield around and a player he will look to act in an advanced role not unlike that filled by Cesc Fabregas during his time at the North London club.

It’s an offer that Schalke are ready to agree to though should the Gelsenkirchen side secure a Champions League berth there is a possibility that Draxler will be convinced to remain at the club for another season. 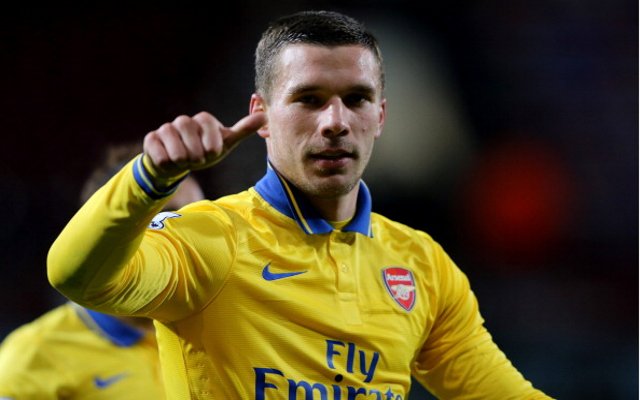 Experienced German forward Lukas Podolski is said to be ready to consider a move back to the Bundesliga having seen his chances in the Arsenal first team limited this term.

Even when fully fit, and with others sidelined, the 28 year old has started just two Premier League fixtures since August.

For his part Wenger doesn’t appear to believe Podolski can offer a consistent enough level of form and fitness is clearly an issue as the former Bayern Munich and Koln man’s last 90 minute run out came almost over a year ago.

Wenger plans on bringing in further striking options and can call upon Olivier Giroud and Theo Walcott to offer other angles of attack and is therefore willing to use the fan favourite as bait in pursuit of Draxler.

Draxler has made 133 appearances of Schalke, scoring 26 goals, and has 10 national team caps to his name.