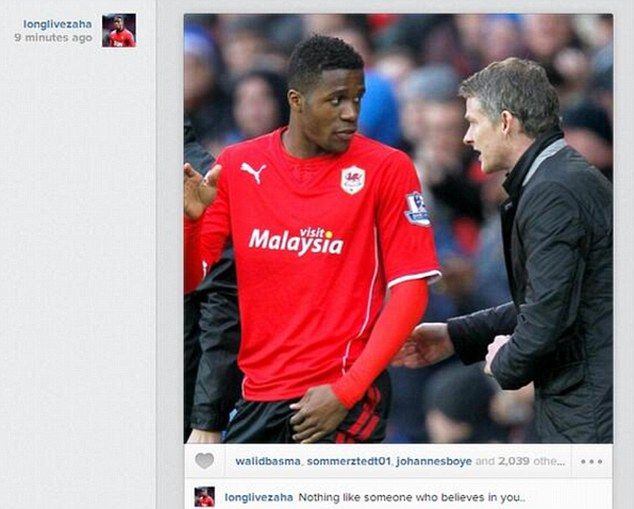 There’s been plenty of bitching by Manchester United fans about David Moyes this season but so far the players have presented a united front in support of the beleaguered Scot…until now.

Wilfried Zaha, who was not given a sniff under Moyes at Old Trafford, appears to have broken ranks with a thinly veiled criticism of the United boss on social networking site Instagram.

The winger, who was farmed out to Cardiff on loan until the end of the season, posted a picture of himself and Bluebirds boss Ole Gunnar Solskjaer accompanied with the caption: “Nothing like someone who believes in you.”

It’s hard not to view the message as a not-so-subtle jibe at Moyes.

Zaha was signed for United by former United boss Sir Alex Ferguson but, after starting the Community Shield in August, the 20-year-old slipped down the pecking order under Fergie’s predecessor.