Arsenal’s predicted XI for the crunch clash with Manchester United at the Emirates Stadium.

The five goals he conceded at Liverpool on Saturday has ruined Szczesny’s previously impressive goals against record but the Polish keeper will start again, barring a late injury. 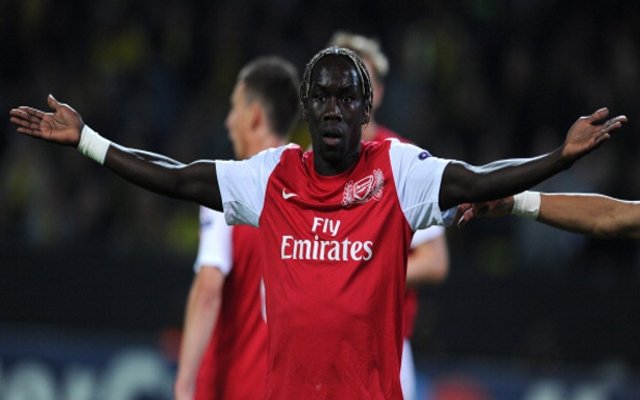 The French full-back has reportedly rejected a new deal, and Gunners boss Arsene Wenger may have to find a replacement in the summer. Until then, he’ll be the Gunners’ first choice right-back.

Mertesacker was humiliated by Luis Suarez at the weekend, and could have an equally difficult task tonight against Wayne Rooney and Robin van Persie. The United pair have struggled in recent weeks though, and Arsenal’s defensive home record is formidable.

Like his defensive partner, Koscielny struggled badly against Liverpool, and lost Martin Skrtel twice for the Slovakian to score the game’s first two goals. As a result, Arsene Wenger will surely have had him working on defensive set-pieces this week.

Nacho Monreal was hauled off after an hour against Liverpool after a weak performance, and we think Wenger will select Gibbs to play from the beginning against United instead.