Good news for some, very bad for others.

News source Bloomberg have used their considerably vast knowledge statistics and complex data to demonstrate just how they think the Premier League table will look at the end of the season.

They fed the necessary numbers into their super computer and crunched the numbers in their complex algorithm to reveal that Chelsea will be this season’s lucky winners ahead of Manchester City in second and Arsenal in third.

Liverpool rounded up the Champions League spots in fourth but Man United missed out completely by com in in in seventh.

Fulham, Cardiff and Norwich were the unlucky sides slipping into the Championship. 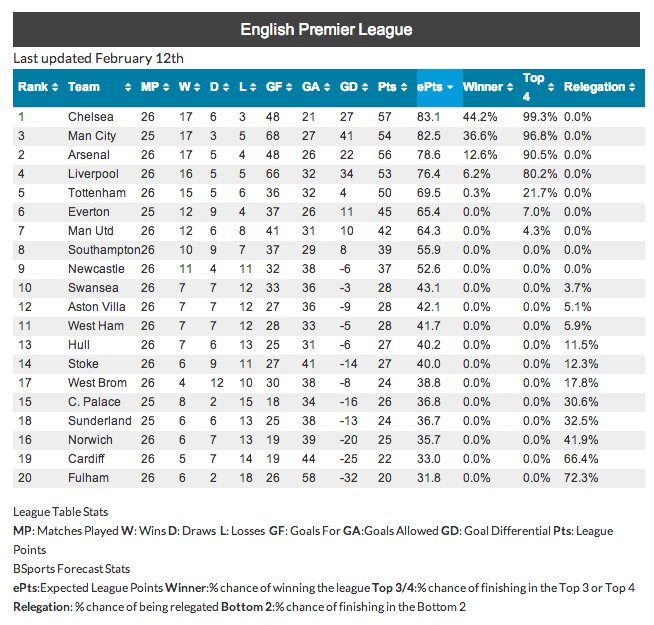