Want to know which current defenders make the most tackles on average per Premier League game? Well, here we reveal the identity of the top 10 …. 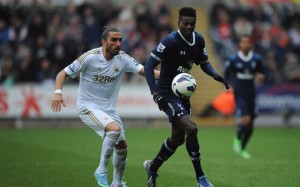 The imposing former Spain Under-21 international is one of the Premier League’s real hard men, so it is no great shock to find the centre back appearing in this particular top 10 list, with the 26-year-old’s average of two-and-a-half tackles per Premier League game just seeing him sneak in here at No 1o.