Want to know who the best five defenders in the English top flight are at present? Well not to worry as we reveal their identity here using statistics provided by www.whoscored.com …. 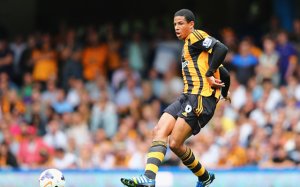 The former England Under-21 international has been an absolute rock at the back so far this season for the newly promoted Tigers, so it is absolutely no surprise at all to see his name in this top five.

The 28-year-old was brought to the KC stadium by manager Steve Bruce from Championship outfit Birmingham City in June 2013 for a fee of just £2.25m, and that has proved to be an absolute bargain as far as the north-east side are concerned.

And so far the centre back has appeared in a total of 25 Premier League games for his new team, finding the back of the net just once in the process.