With Europe’s premier club competition set to get back under way again on Tuesday, we take a look at who the Continent’s five most in-form players currently are based on stats provided by www.whoscored.com … 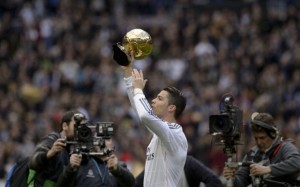 The brilliant Portugal international has been right at the very top of his game again in this campaign for the La Liga giants, culminating in his winning of his second Ballon d’Or award as the world’s best player in Zurich last month.

However, despite a sensational return of 22 goals and eight assists in just 21 league fixtures for Carlo Ancelotti’s high-flying outfit so far, and an eye-catching average rating of 8.14, the playmaker is incredibly only the fifth best player in Europe on current form.