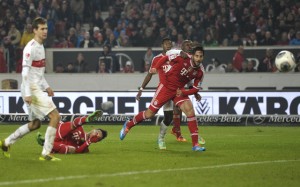 Talk about hitting the ground running at your new club, with the exciting Spain international midfielder having been one of the Bundesliga champions’ standout performers so far this season under new head coach Pep Guardiola.

The 22-year-old was lured to the Allianz Arena from Guardiola’s former club FC Barcelona last summer at a cost of €25m, and what is more, Alcantara has proved himself to be worth every penny by contributing one strike and three assists in his ten league outings for the Uefa Champions League holders.

But it is not so much the goals or assists that really matter when it comes to the young Spaniard, more his overall contribution to the team cause which is reflected in his average rating in the Bundesliga in this campaign of 8.15.