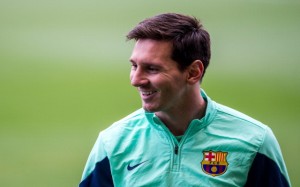 While some may be slightly surprised to see the name of the little Argentinian genius appearing in this top-five list, anyone who has watched the 26-year-old in action for the La Liga champions on a regular basis will not be.

Messi may have been forced to endure an injury-ravaged campaign to date at Camp Nou, but that has still not prevented the front man from having an average rating of 8.44 in the league for Barca to date.

And with attacking numbers comprising of 13 goals and eight assists in only 17 La Liga outings for the Spanish giants, you can understand just why Messi is rated as Europe’s third best player on current form.