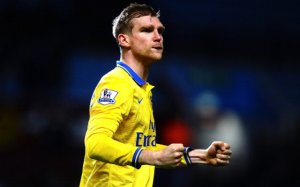 The young Poland international is enjoying a consistent campaign between the posts for the north Londoners, however, the shit stopper knows that he will be in for a busy evening in the capital on Wednesday when the Champions League holders come to town.

The ever-reliable Frenchman will need to try and get forward over the halfway line as much as possible against Pep Guardiola’s in-form outfit if the home team are to stand any chance to pressing Bayern back.

What a test awaits the young England international at the Emirates, with the left-sided full back set to come face to face with brilliant Bayern wide man Arjen Robben.

The lanky Germany international will know many of the opposition well from his time spent playing both in the Bundesliga, as well as with the national team too, and so the centre back will be eager to impress.

The vastly under-rated central defender is enjoying yet another fine campaign at the heart of the north London club’s back four, however, the Frenchman is sure to be tested like never before when he lines up against the Bundesliga champions on Wednesday.