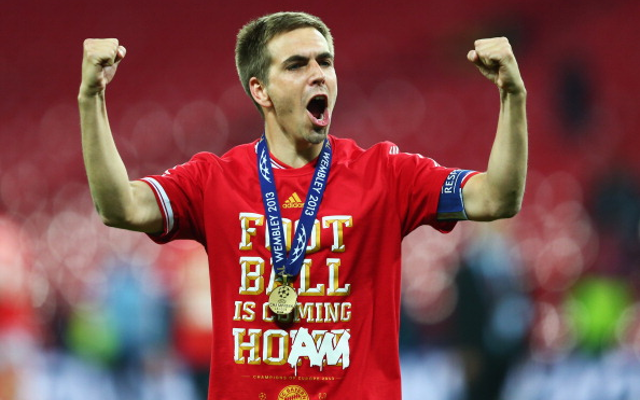 Lahm and Ozil star together for the German national side, so Bayern’s superb holding midfielder knows exactly what his side will have to deal with if the £42m playmaker is at his mercurial best.

“Many of the players at Bayern know exactly what Mesut is capable of – he has been one of the best central midfield players in the world for many years now,” said Lahm, who has been converted this season by Pep Guardiola from a fullback into an anchorman.

“He sees passes and space that very few players in the world are able to see – he is a very intelligent player,” Lahm continued.

“Even when he is maybe not having the best of games or is not in the best form – you can’t give him any space or time on the ball – because in a second he can find that pass and you are punished.”

Arsenal fans have seen many examples of Ozil’s unquestionable talent this season, although some believe he hasn’t quite lived up to expectations in recent months. Despite this, he’s still registered eight assists and four goals in the Premier and Champions League, and will no doubt be selected to take on the German giants this evening by Arsene Wenger.

Like Lahm says, if Ozil is given space he has the ability to thread intricate through-balls or zipped passes to teammates seemingly at will, and the 25-year-old will no doubt be hugely motivated to put in a big performance tonight.