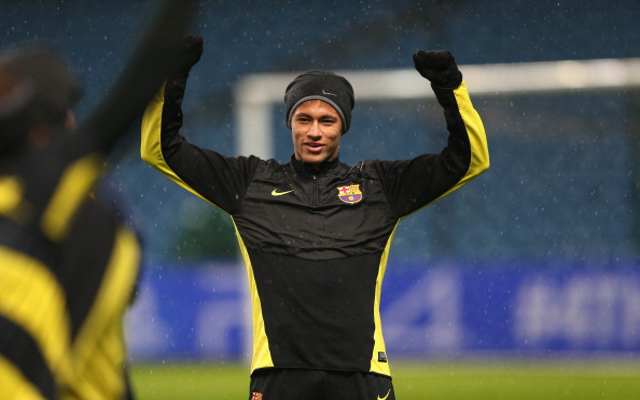 Brazil playmaker was a second-half substitute in the north west.

FC Barcelona star Neymar was in a relaxed mood following the La Liga champions’ 2-0 victory over Manchester City in the first leg of their Uefa Champions League round-of-16 tie at Eastlands on Tuesday night judging by the picture the Brazilian posted in Instagram.

The La Liga giants left the north west with seemingly one foot already placed firmly in the next round of Europe’s premier club competition ahead of the return leg with Manuel Pellegrini’s side at Camp Nou in three weeks’ time.

And clearly the brilliant Brazil international clearly feels that he and his team-mates are now virtually through to the last eight if the playmaker’s most recent picture that he uploaded on to the social networking site Instagram is anything to go by.

There, the 22-year-old can be seen holding two fingers up on his flight back to Barcelona to signify the score against City ….