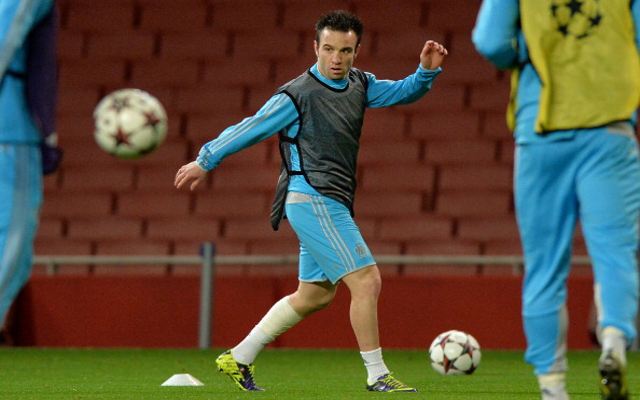 Check in to Marseille vs Lorient

Arsenal and Liverpool target Matthieu Valbuena has confirmed that he wants to leave current club Marseille at the end of the season, but is keen to wait until after the World Cup to discuss where he will be going next, according to talkSPORT.

Valbuena made his feelings known to Marseille that he was looking to move on over the summer, and on Monday they granted him his wish by claiming that they would not stand in his way.

However, he is not looking to contribute to any gossip columns until after the World Cup in June, insisting that he will be keeping quiet until then.

“I can only say that this is my final season here, but I do not want to talk about my future. Now I want make the best [season] possible with Marseille and my dream is to play in the World Cup in Brazil. Afterwards we will see,” he said.

The 29-year-old is currently in his eighth season at the Stade Velodrome and has been a key figure for the team for the majority of that time, making a name for himself as one of Ligue 1’s most consistently creative midfielders.

Both Liverpool and Arsenal have frequently been credited with an interest in the player over the past few years.