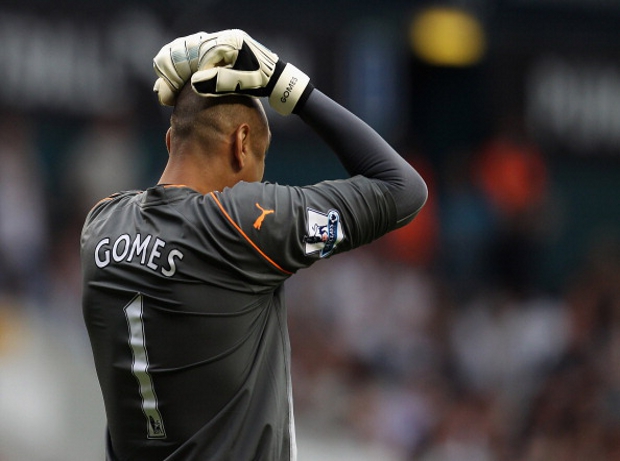 Brazilian has become surplus to requirements at the Lane.

Out-of-favour Tottenham Hotspur goalkeeper Heurelho Gomes is currently in talks with Championship outfit Leeds United about a possible loan move to Elland Road, according to reports in the London Evening Standard.

The occasional Brazil international has slipped down the pecking order at White Lane during the course of the last three years, so much so that now Gomes is only third-choice shot stopper with the north London club.

And with the 33-year-old said to still harbour ambitions of playing for his country in this summer’s Fifa World Cup finals in his homeland, Gomes is now desperate to seal a move away from the Lane in order to gain as much game time as possible between now and the end of the campaign.

Leeds had initially wanted to take Stoke City’s young England Under-21 international Jack Butland on loan, with manager Brian McDermott in talks with the Potters on Monday about such a move.

However, it is believed that the two parties were unable to reach an agreement, which is why Leeds then turned their attentions towards the north Londoners’ shot stopper instead, with the club now hoping to have Gomes in place in time for Saturday’s league encounter with Middlesbrough.