Want to know who the most creative attack-minded players on the Continent are on current form in Europe’s top-five leagues? Well not to worry as we can reveal the identity here of the top five as judged on how many assists in the league they have been responsible for using stats-based website www.whoscored.com … 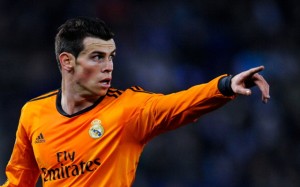 The Wales international has performed admirably since joining the La Liga giants from Premier League outfit Tottenham Hotspur last summer in a world-record transfer fee worth a whopping 100m euros.

Many experts had predicted that the wide man would struggle badly at the start of his debut campaign at the Santiago Bernabeu after missing most of the summer preseason through injury.

However, Bale has confounded his critics by not only finding the back of the net on nine occasions in his 16 La Liga outings for his new team to date, but by also being responsible for a further 10 other goals for his Madrid team-mates too, which is quite some feat.