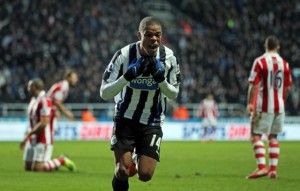 Arsenal are hoping to beat Newcastle United to the signing of Queens Park Rangers front man Loic Remy at the end of the season after the north London club made contact with the France international’s agent to discuss a possible summer switch to the Emirates.

West Ham United midfielder Ravel Morrison is set to join Championship high-flyers Queens Park Rangers on loan, with the Englishman also delaying a planned hernia operation in order to help the west London club’s bid to win promotion back to the Premier League.

Charlton Athletic are hoping to be able to seal a loan deal for QPR wide man Shaun Wright-Phillips as the south-east London strugglers look to avoid being relegated to League One.

Arsenal captain Thomas Vermaelen has already informed Gunners head coach Arsene Wenger of his intention to quit the north Londoners at the end of the campaign, according to the central defender’s agent.