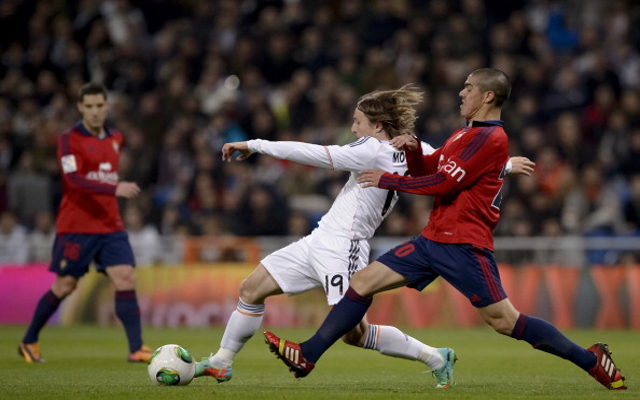 Man United are reportedly keeping tabs on Real Madrid midfielder Luka Modric according to The Times.

Old Trafford boss David Moyes is keen to strengthen this central midfield options and has been linked with a myriad of potential captures but one wonders if the Scot has any chance of luring Croatian international Modric back to the Premier League.

The former Tottenham man initially struggled to make an impact following his move to the Bernabeu but the midfield schemer had a consistent few months at the close of 2012/13 and has arguably been one of Carlo Ancelotti’s best performers this season.

The 28 year old has started 28 La Liga and Champions League fixtures this term, this despite the arrival of a number of midfielders over the summer and Ancelotti will not be considering offers for the pint sized midfield dynamo.

Moyes has loaned out Anderson and may well be considering offloading Tom Cleverley whilst Marouane Fellaini struggled for form following his move to the club from Everton.

The Man United manager will be hoping for significant transfer funds to help re-shuffle his squad at the end of what has thus far been a fairly disastrous debut campaign.

Prior to his move to the Spanish capital Modric enjoyed four seasons at White Hart Lane.