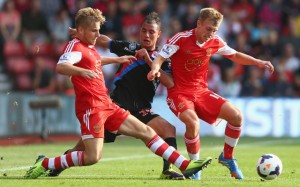 Premier League champions Manchester United are said to still be very confident of beating rivals Chelsea to the coveted signature of Southampton left-back Luke Shaw at the end of the season.

Serie A outfit Inter Milan are desperate to sign out-of-favour Tottenham Hotspur forward Erik Lamela this summer, despite the north London club having splashed out a club-record £30m to sign the Argentina international from AS Roma at the beginning of the season.

Manchester United have been given the green light to land highly rated Sporting Lisbon midfielder William Carvalho for next season after the Portuguese giants identified a replacement for their star man.

Manchester United’s hopes of landing in-demand Inter Milan midfielder Fredy Guarin next season have been hit after it emerged that the Serie A giants are planning on offering the Colombia international a new deal to remain at San Siro.

Manchester United are keeping close tabs on FC Barcelona’s latest wonderkid, Rafa Alcantara, who is the younger brother of Thiago Alcantara and who the Red Devils tried to lure to Old Trafford last summer, only for the midfielder to instead join Bayern Munich. 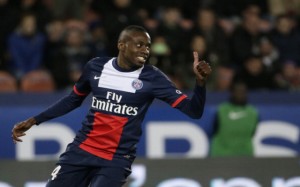 Paris Saint-Germain holding midfielder Blaise Matuidi, who has been targeted by Manchester City of late, is close to finally putting pen to paper on a new contract with the Ligue 1 champions.

Newcastle United’s France international right-back Mathieu Debuchy has refused to confirm that he will still be at St James’ Park next season amid reported interest in him from both Paris Saint-Germain and Bayern Munich.

Manchester United wide man Adnan Januzaj has turned down the opportunity to play for Kosovo in their friendly international with Haiti in March.

Manchester United fans are set to launch a protest after it was revealed that the Premier League champions planned to still charge Uefa Champions League ticket prices even if the club fail to finish in the top four this season and so only qualify for the Uefa Europa League.

Manchester City midfielder Samir Nasri says that his side can still qualify for the last eight of the Uefa Champions League by repeating their win at Bayern Munich earlier this season when they travel to the Allianz Arena next month. 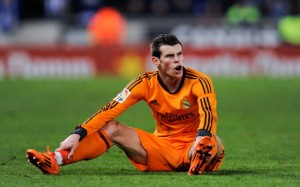 Ex-Real Madrid sporting director Jorge Valdano claims that Welsh playmaker Gareth Bale appears to currently be “downcast” with life at the Santiago Bernabeu as the world’s most expensive player struggles to cope with both the massive expectations on his shoulders, as well as the recent emergence of Spanish youngster Jese Rodriquez.

Dnipro winger Yevhen Konoplyanka says that the recent collapse of his move to Premier League giants Liverpool “was for the best” as the Ukraine international prepares to take on Tottenham Hotspur in the Uefa Europa League on Thursday.

Tottenham Hotspur head coach Tim Sherwood claims that he would rather win the Uefa Europa League with the north London club this season than qualify for the Uefa Champions League by finishing in the top four of the Premier League.

Chelsea goalkeeper Thibaut Courtois says that Liverpool shot-stopper Simon Mignolet made a calculated attack on him when claiming recently that he had been unfairly left out of the Belgium national team.

Tottenham Hotspur defender Younes Kaboul is on his way to Serie A outfit Fiorentina at the end of the season.