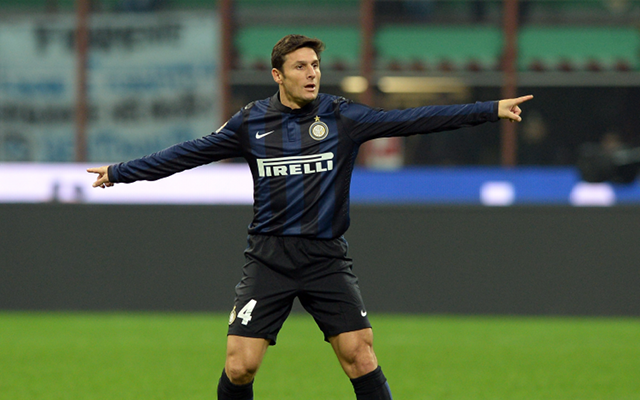 Argentinian has been at Inter since 1995.

The veteran former Argentina international’s current contract with the Serie A giants now only runs until June 30 2014 and so the player will be available on a free transfer come the end of the campaign.

And as a result, it is understood that the self-styled Special One will offer Zanetti the chance to play for one final year with the west London club, before the midfielder then takes on a coaching role with the Blues as he uses the wealth of experience that he has built up having been at San Siro for the past 19 years.

The two men, of course, worked together for two hugely successful years when the Portuguese trainer coached Inter between 2008 and 2010, during which time they pair won two Serie A titles, the Copa Italia and the Uefa Champions League as well for the first time in Zanetti’s illustrious career.