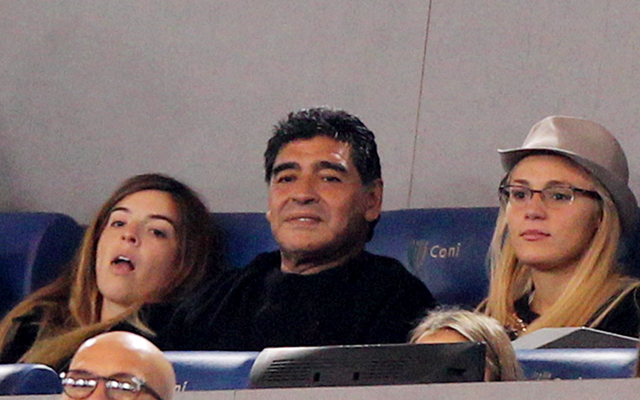 Argentine legend lashes out at the missus.

Earlier this week Diego Maradona met up with the Manchester United squad in Dubai to pose for photos and hobnob with the defending Premier League champions. All seemed to go well until Friday when he chewed out his fiancee Rocío Oliva for allegedly flirting with goalkeeper David De Gea.

The Spaniard found himself in the middle of a (small) media storm with reports claiming that the man Argentinian flew into a rage at his 23-year-old squeeze by accusing her of flirting.

However, Oliva denied the accusations as it was said that all she did was give her Twitter handle and phone number to De Gea.

Apparently it doesn’t take Maradona much to blow his top these days.