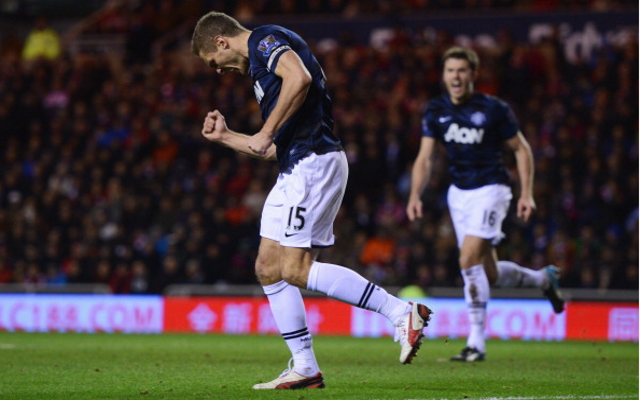 Italians close in on deal for United stopper.

Check in to Inter Milan vs Cagliari

Inter have been billed as hot favourites to land the veteran Serb international this summer ever since he first announced that he would be leaving the club last month.

Nerazzuri director Piero Ausilio confirmed Inter’s interest in the 32-year-old old last week, and now Thohir has insisted that a deal to bring him to the San Siro is very close to being agreed.

“I can say that the deal is done at 90 percent,” Thohir told journalists who were awaiting him at Milan Malpensa airport on Thursday.

“When everything is sealed, we will make an announcement. Don’t let me say something that is not concrete yet.”

Thohir also gave his thoughts on Inter’s current form this season, after back-to-back victories over Fiorentina and Sassuolo lifted them up to fifth place in the standings.

“We have won twice in the last two games,” he added. “The team is good because they are well balanced.

“With (Walter) Samuel, the defence is tighter. Before Hernanes’ arrival, there was only one attacking option, but now we can attack also in the middle and not only on the wings.”