The west London club prepare to take on the Merseyside giants at Stamford Bridge on Saturday lunch time. 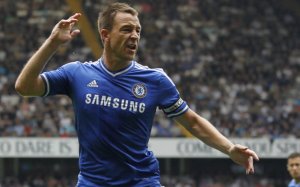 The experienced Czech Republic international has once again enjoyed yet another steady campaign in between the sticks for the Blues, with the shot stopper showing no signs as yet of losing any form in goal.

The powerful Serbian has been rock solid at the back for the west Londoners, especially in the last few weeks, and he will be expected to help bomb forward down the home side’s right flank as often as possible against the Toffees this weekend.

The reliable and error-free Spain international is still, to many people’s general surprise, keeping England veteran Ashley Cole on the substitutes’ bench in the capital, and that also looks like being the case once again on Saturday lunch time.

The west London club’s long-time skipper is set to return to the starting lineup against the Merseysiders this weekend after missing out through injury in Chelsea’s previous outing, their 1-0 loss to rivals Manchester City at Eastlands in the FA Cup.

The Blues expect the England international to pass a late fitness test to take his usual place alongside Terry at the heart of the back four when Roberto Martinez’s high-flying outfit come to town on Saturday.