Man United are readying an early summer move for Barcelona midfielder Alex Song as part of a massive spending spree according to Spanish source Sport.es.

Moyes may be keen to bring in a specialist defensive midfielder as his experiment to use Marouane Fellaini in a holding role failed to effectively offer the steel he feels is needed in the centre of the park, and consequently hampered the Belgian’s ability to offer support in the final third.

Former Arsenal man Song has failed to secure a regular first team starting spot since moving to Barcelona back in August 2012 and the 26 year old has been unable to oust Sergio Busquets, making just eight La Liga starts this term. 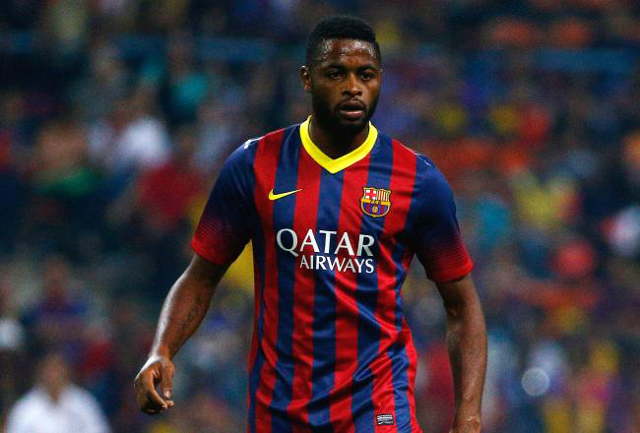 The Cameroon international may well relish the chance of a return to the Premier League and his experience in the English top tier is another motivating factor for Moyes.

This source claims that Moyes will have €150m (£125m) to invest in new players this summer and one imagines a move to capture Song wouldn’t set Man United back a massive sum and Barcelona may well feel it’s a sale they can afford to consider.

Song spent seven seasons at Arsenal before moving to the Nou Camp, making 205 appearances for the North London club.